JEE Main 2016 was conducted on 3rd April 2016 in offline mode in centres within India and abroad. A total of over 10 lakh students would have appeared for this important national exam. The exam was conducted from 9.30 to 12.30 hrs.

There were 4 versions for JEE MAIN 2016 – E, F, G and H. The order of subjects in each version was different; likewise the options for each question were shuffled too in different versions. But the total marks and the number of questions in ALL versions were the same.

Physics Part
Overall the Physics part was difficult compared to the other two subjects. Many questions were time consuming; so students were losing confidence to attempt these questions. EM waves and communications was represented in the paper with an overwhelming weightage. Some questions in the paper were not properly worded adding more confusion.
The overall difficulty level of the Physics part is represented in the graph. 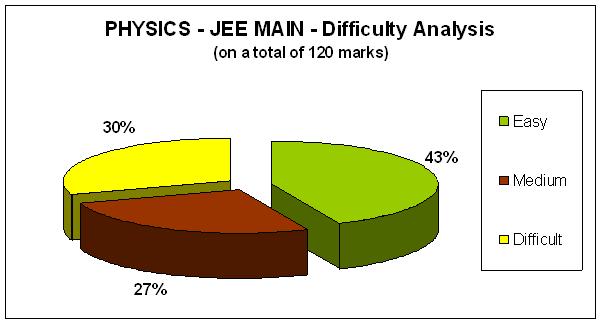 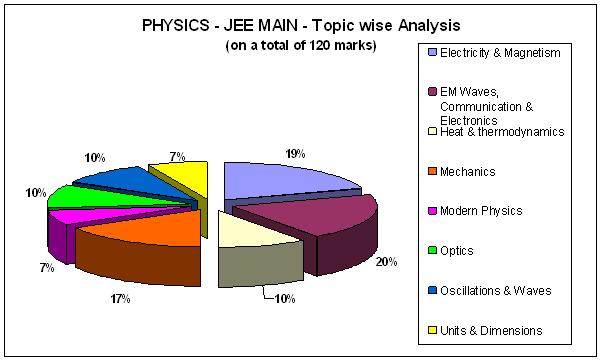 Chemistry Part
Majority of the questions in the Chemistry part of the JEE Main 2016 are in the range of easy to moderate. One question was from areas out of JEE syllabus and two more provided insufficient or mismatching data. Surprisingly the distribution of questions in the broader sense among the three areas – Physical, Organic and Inorganic were all equal.
As given below about 47% of the paper was considered ‘Easy’ and only about 10% of the paper was ‘difficult’ and hence this was a student friendly paper. 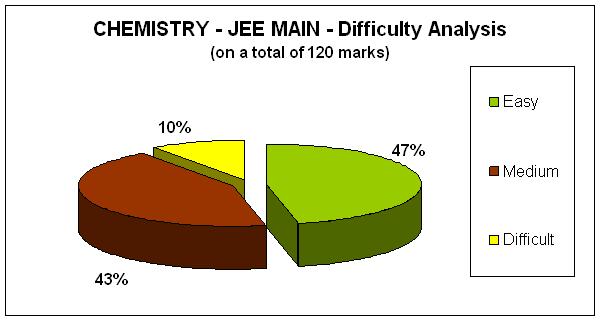 The topic wise analysis of the JEE Main 2016 paper for Chemistry is shown below. 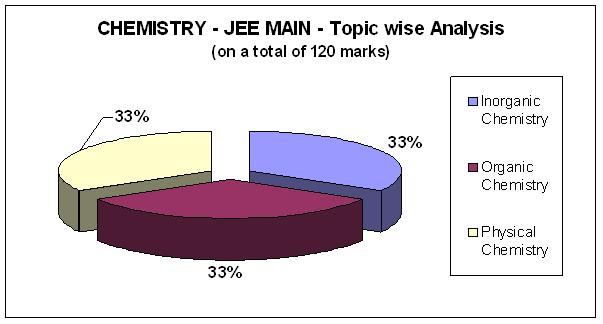 Mathematics Part
Mathematics part of JEE Main 2016 was considered easy by student opinions, but as we work through the paper one understands that the paper looks easy because the students may identify all ‘easy’ questions and if he/ she avoid the traps set in between they will be able to live through. The paper has only about 33% of marks from ‘easy’ category questions and has over 50% of the paper set in the medium difficulty level. Few questions that posed difficulties are genuinely concept wise difficult.

There was only one question each from Statistics and Mathematical Reasoning and two direct questions from trigonometry. 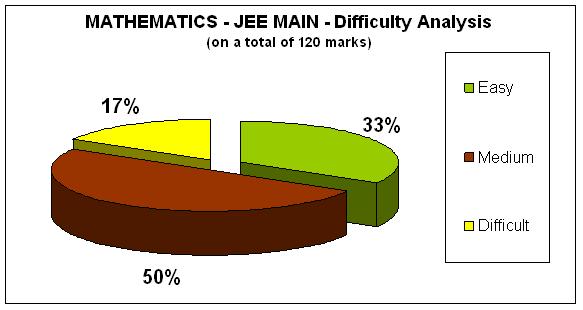 Algebra, Coordinate Geometry and Differential Calculus (as expected) had major shares. Topic wise analysis is given below. 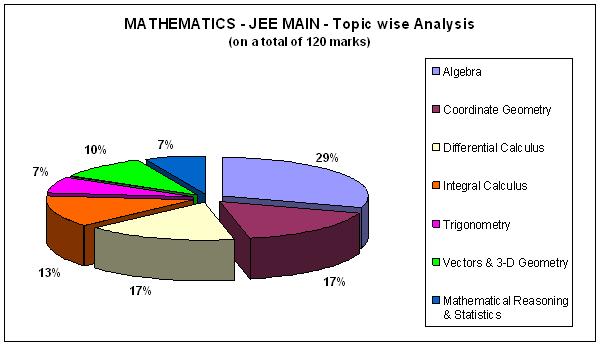