Distribution of questions from the Class 11 portions was not uniform across the syllabus. Some areas like Heat & Thermodynamics, Oscillations & Waves retained higher representation compared to areas like Laws of Motion or Motion in 1-D. The Physics part of the paper was rated 'difficult' by students due to various reasons like: some of the questions involved tedious calculations; questions involving interpretations from graphs given would have troubled students; questions involving multiple concepts were large in number.

The overall difficulty level of the Physics part is represented in the graph below and it is very clear that the number of 'easy' questions was on the lower side. 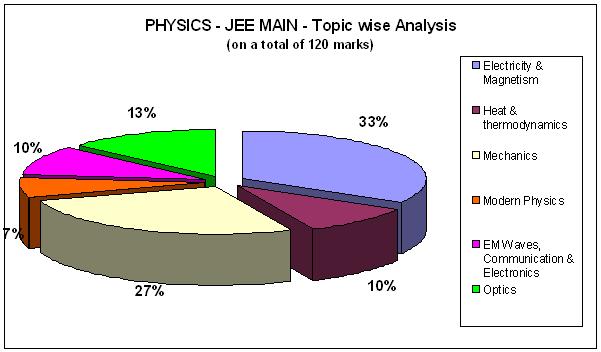 Chemistry part of the JEE Main 2013 was in general considered to be 'easy to moderate' as per student perception. In contrast to Physics the distribution of questions across areas was more or less uniform. But questions were mostly based on important concepts across units and this means there were no surprise concept questions. 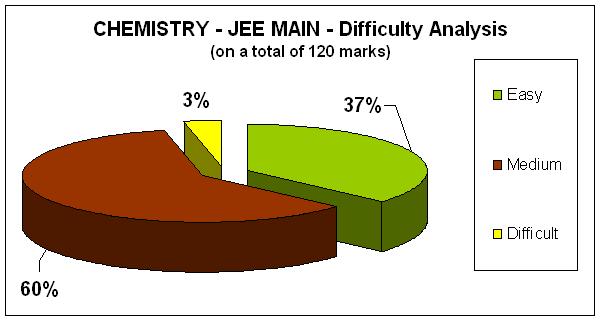 More emphasis was to Physical and Organic Chemistry portions and only a very nominal representation was given to Inorganic Chemistry. The topic wise analysis of the JEE Main 2013 paper for Chemistry is shown below. Mathematics part of JEE Main 2013 was a scorable paper for a well prepared student. Students were generally happy and confident of this paper, which has about 50% of marks from 'easy' category questions. Only few questions would have posed difficulty due to the lengthy nature of these questions. 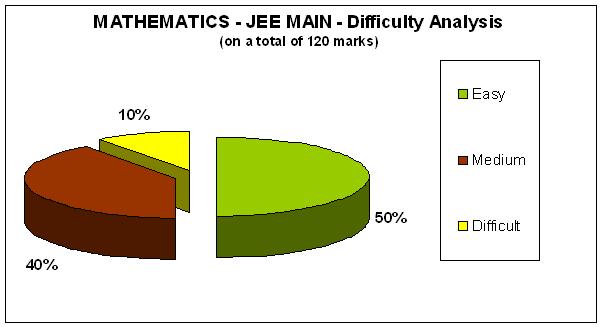 Algebra and Coordinate Geometry had major shares but the other areas were also well represented. Topic wise analysis is given below. 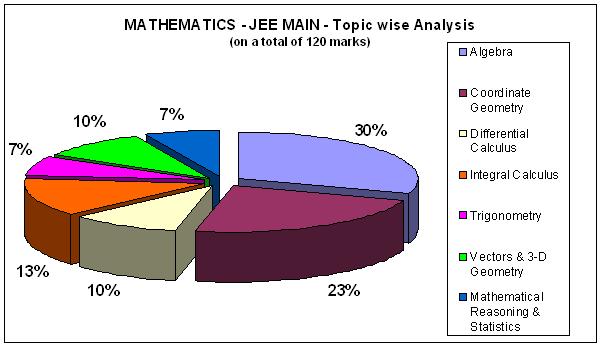