IIT-JEE, the most challenging of the Engineering Entrance exams in the country was conducted for the last time in 2012; having transformed into JEE Advanced the exam has not lost its charm at all and has retained its glory as ever. JEE Advanced was conducted for the first time on 2nd June 2013 in 95 cities across India and 1 centre abroad. The top 150,000 candidates who were declared as 'eligible' for the JEE Advanced 2013 ONLY would appear for this exam Paper 1 was from 9.00 - 12.00 hrs and paper 2 from 14.00 to 17.00 hrs.

Like last year's IIT-JEE, the aspirants could use only a Black Ball Point pen on the ORS (Optical Response Sheet) sheet and JEE permitted students to carry a copy of their OMR sheets with them as they walk out of the examination hall. The ORS of the candidates will be displayed on the JEE website between 14th June to 17th June 2013.

Paper1 had 60 questions in total for 180 marks - in the order of Physics, Chemistry and Mathematics. Each subject had 20 questions and the pattern was exactly the same for all the subjects.

Physics part of paper 1 of the JEE Advanced 2013 was a comfortable paper for the aspirants with good conceptual clarity. One could point out very few questions as difficult.

One may note as given below about 47 % of the Physics of paper 1 is categorized as 'Medium'. 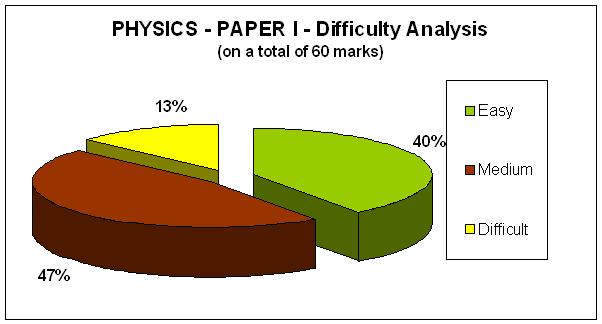 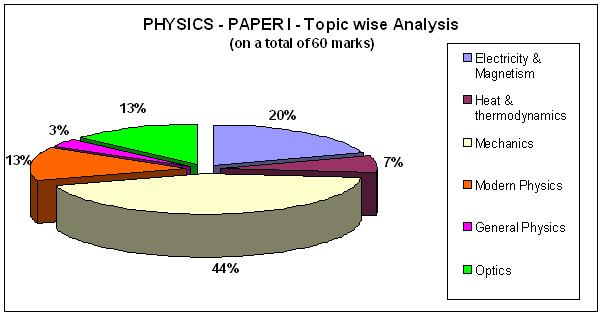 As given below about 90% of the paper was considered 'Easy/ Medium', this paper could be considered as a student friendly paper. 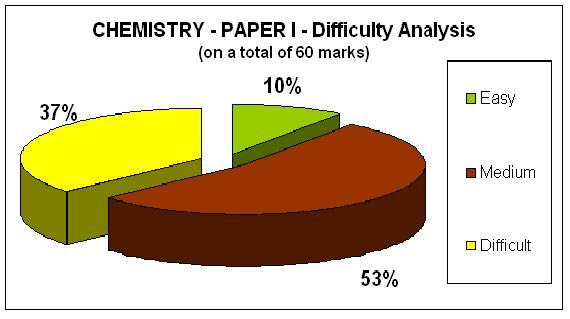 The topic wise analysis of paper 1 for Chemistry is shown below.

Mathematics part of paper 1 of JEE Advanced 2013 was a moderately difficult paper and included easy questions in the same ratio as that of the difficult questions. Two questions involved rigorous algebraic manipulations but there were direct questions to choose from.

With only 27% of the marks under the 'easy' category, this is a challenging paper. 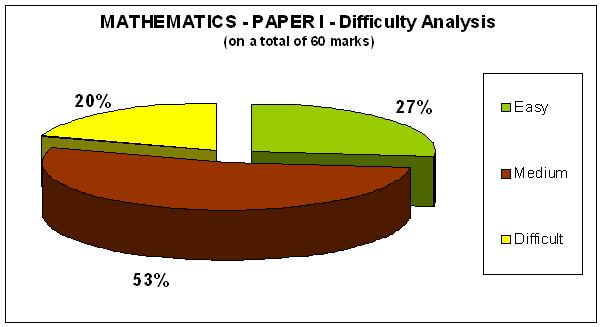 The king of this paper was Algebra with a huge 47% marks allotted to it. Calculus, Vector Algebra and Coordinate Geometry also were well represented. Topic wise analysis is given below. 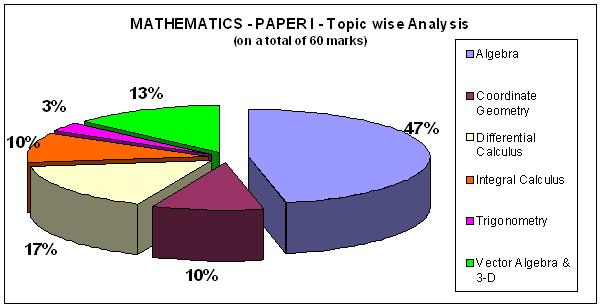 Paper 2 had 60 questions in total - in the same order of the first paper - Physics, Chemistry and Mathematics. Each subject had 20 questions and as in paper 1 the pattern was exactly the same across the subjects. All questions in this paper had 3 marks for a correct answer and were also give (-1) for a wrong answer; each subject had 60 marks and the maximum mark for the paper was 180.

Matching List Type questions looked similar to Match the Following Type of previous year papers, but the options were provided to the student as options. This facilitated the student to do a part of the question but still arrive on the answer.

Physics part of paper 2 of the JEE Advanced 2013 was more difficult than paper 1. This was mainly due to the lengthy calculations that were involved in the questions. One particular comprehension based (paragraph type) questions were perceived as difficult by the students.

The difficulty analysis and the topic wise analysis are shown below: 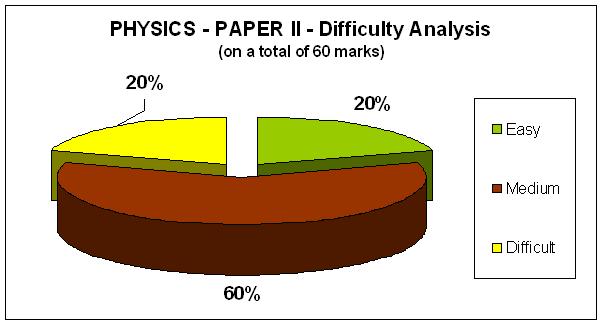 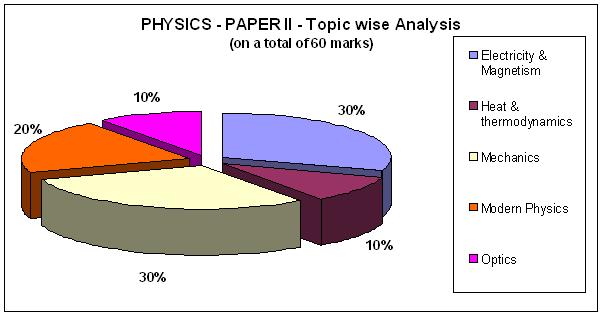 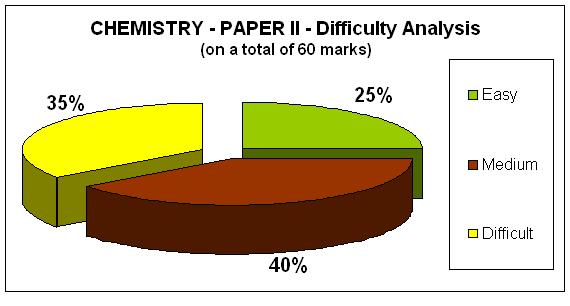 Representation of Inorganic Chemistry in paper 2 has changed its importance in the eyes of the future aspirants. 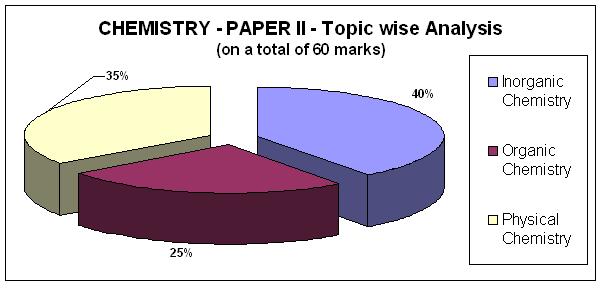 Mathematics part of Paper 2 - JEE Advanced 2013 was by a hairline easier than paper 1. Though there were quite a number of questions to choose from, some of the questions were time consuming. Comprehension using properties of functions and calculus was difficult from the student point of view and one might not reach to prove the hypothesis in a direct way.

Algebra had a major share again in this paper too compared to Calculus. The topic wise distribution is shown below: 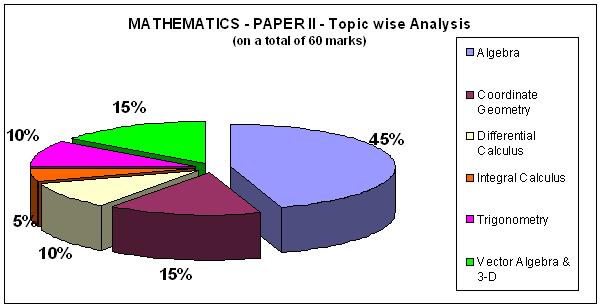 Click here for the Solution of JEE Advanced 2013 Paper - 1

Click here for the Solution of JEE Advanced 2013 Paper - 2