IBPS has released the provisional allotment of candidates from Reserve List under IBPS CWE SO VI (2016). Provisionally allotted candidates are being intimated individually through mail and sms as per details provided by candidate at the time of registration for this exam.

In the event of two or more candidates having obtained the same score, the merit order is decided as per date of birth ( candidate senior in gae is placed before the candidate junior in age).

The list of candidates provisionally allotted under reserve list for CWE SO VI, will be displayed on IBPS web site on or before 18.04.2018.

The category wise minimum scores (combine score of Online Main Exam and Interview out of 100) for the present round of allotment is given below : 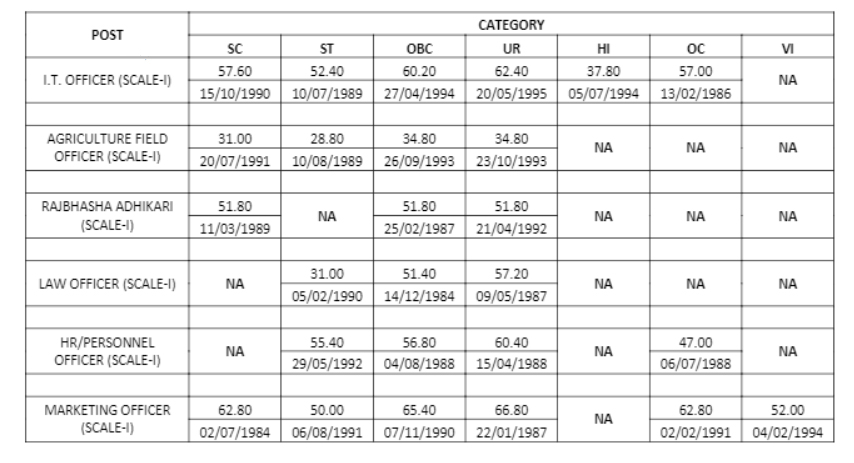 When the final allotment list under CWE SO 2016 was announced in March 2017, a reserve list to the extent of approximately 10 percent of the vacancies under each category was kept, subject to the availability of candidates. (This does not guarantee allotment to/recruitment by the Participating Organisation(s))

In the event of Participating Organisations providing vacancies during April 2017-March 2018, provisional allotment will be carried out for the candidates in the reserve list. However if no vacancy is furnished by the Participating Organisations owing to exigencies or otherwise during the validity period the candidates under the reserve list will not be considered for allotment.

The reserve list will expire automatically on 31.03.2018 ( for CWE SO 2016) without any notice. Candidates who are not provisionally allotted or not in the reserve list will not be considered for any further process under CWE SO-VI for vacancies of 2017-18.